With their fancy footwork on the pitch, the Paris Saint-Germain team is one of the most popular football clubs in all of Europe. They have won more than 40 football titles so far, which keeps their die-hard fans coming back for more season after season.

Nowadays, it’s pretty easy to watch live sports on the internet. In fact, as time goes by, TV sets may become ancient relics. So, because you always have your phone with you, we want to tell you how you can follow the Paris Saint-Germain games live on your phone.

Paris Saint-Germain has launched its own app which means you can stay up-to-the-minute with PSG. Beyond the PSG app, there are a number of other apps that let you live stream games and more. We’re about to get into all the apps that help you stay connected. 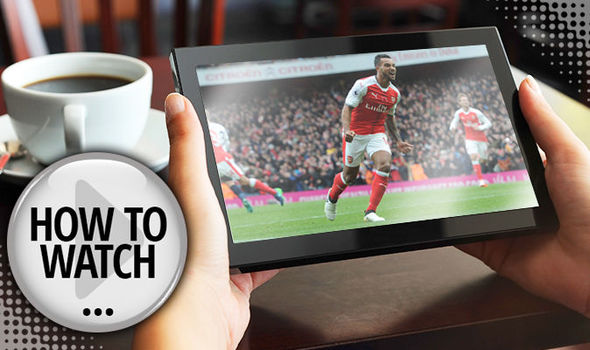 Image Source: Wikipedia.orgHere is how you can watch Paris Saint-Germain FC on your phone.

Yes, the team has its own official app that enables users to download on their phones and keep up with all the data, the latest videos, photos, and news. The app covers all the PSG teams, so you can use it for all of them.

There is a section called the UNIBET on the app which contains a quiz system that gives users the chance to win €100 on free bets. When a match is ongoing, you can expand the live bar on the screen and follow the real comments and stats love.

This is another incredible app for watching your favorite football team. It is available in Android and IOS devices and offers you access to plenty of popular channels from all over the world.

This app is exciting because it also has a web version, which means that you can watch it on your laptop as well. The version does have plenty of annoying ads but the app is ad-free and runs very smoothly. This is a user-friendly app that anyone can use easily.

Another great sports app that lets you watch live football matches on your phone. The Sony India version of the app has broadcasting rights for plenty of other sports such as Cricket, Racing, MMA, and Rugby.

The app is free and you do not need to sign in, which is a great deal, considering what they are offering you. They not only feature the PSG matches but also the UEFA Europa League, the EPL, the FIFA World Cup, and others.

This is a pretty famous app that is used the world over. They broadcast live matches from all the major leagues including Paris Saint-Germain right on your phone.

All you need to do is download the app and access all the football matches you have ever dreamed of. They also provide you with historical matches that you would love to re-watch. Their library is full of stuff you shall enjoy.

This is one everyone knows. ESPN is the channel that brings all the sports you love to watch, but they also have an app that streams these sports as well. The app is not free and you are required to pay a fair amount of cash to access the matches you want.

All-League 1 matches, which is the France League, are broadcast on the app too. Now, here’s the good news; when you subscribe to ESPN, you also get ESPN 2, 3, U, SEC Network, and ESPN News. You can also install it on your TV and watch live on TV.

It has a straightforward interface and very easy to use. Importantly, it works very well at normal internet speeds. We can say this; if you are looking for a great app that offers legal content, this is the app for you, and if you can afford it, why not?

This is one of the top-rated sports apps and features live sports. You can watch all manner of games on the app such as Racing, Soccer, Cricket, Basketball, Baseball, etc. on the app, you get to enjoy all games from Europe and North America as well.

The app is free of charge and can easily be downloaded from your phone. The only thing you shall find annoying on the app is the constant ads. It, however, has a straightforward navigation system and interface.

One other exciting feature is that you can change the video resolution as per your preferences. Some of the channels you can access on the app include Sky Sports, ESPN, MUTV, Euro Sport and Sky Sports.

How to Watch Paris Saint-Germain On Your Smartphone Conclusion

These are some of the apps that can help you stay connected with Paris Saint-Germain. Some of them are free, while others like ESPN need a subscription, but all of them offer you the opportunity to follow the action you love right on your smartphone.

How To Watch UEFA Europa League On Your Smartphone