If you love out-of-the-box sports with major action, then Roller Derby is where it’s at. Roller Derby is a contact sport involving players whirling around on wheels getting close and personal and even a little violent. It is exciting to watch and even more exciting to play since everyone is passionate about moving fast and playing hard.

The game is played by two teams of five members each, and players usually roller skate in a counter-clockwise way around the track. The sport is played in almost 1,250 leagues worldwide, but it is most popular in the US. During the game, there are usually a series of short scrimmages known as jams where both teams have one player who is the designated hammer. The hammer wears a unique designation on their helmet, currently that is a star.

The jammer then scores points by lapping on the members of the opposing team. During the match, the teams usually attempt to hinder the opposing team’s jammer by assisting their own jammer. This is how they play the offense and defense at the same time. It’s a fun sport to watch and even more heart-pounding when you play.

What Are The Ins and Outs of Roller Derby

The basics of Roller Derby

The sport is played in two 30 minute periods. Both teams usually have 15 players on each field and only 5 players are allowed to play per episode. The teams choose a scorer who is known as the jammer and the work of the other four members as explained above is to block the jammer of the other team. During each play, the points are scored only by a jammer after they manage to break through the pack and skate one lap in order to begin another trip.

The Jammer usually scores a point by passing an opposing blocker. The rules describe this as an “earned pass.” The jammer must, however, be upright and in-bound to earn it. Each team blocks the other team through body contact, changing their positions and other tactics that help the jammers to score.

Well, we have already explained who jammers are, and each team has one. Now, the play begins by blocking the track or the “jammer line” and also the “pivot line” which is 30 feet in front of the jammer line. Both jammers must start the game from the jammer line and then skate in a counter-clockwise way.

The blockers are known as a pack and they are the other four members of the team who skate in close proximity to the scorer. Each player must be within 10 feet of the next one, and they must remain in a pack. They can skate freely 20 feet behind or ahead in what is known as the “engagement zone.”

What Happens When Jammers Break Out

When the first jammer manages to break through the pack, she earns the status of being the “lead jammer.” The designated referee then blows their whistle twice and skates near the jammer, points and also points at the jammer. Once you earn the lead jammer status, this cannot be transferred on to another skater but there are certain actions such as being sent to the penalty box that can cause you to lose the lead skater status.

The lead jammer can stop jamming at any time by repeatedly placing their hands on their hips. If the jam is stopped early before scoring, then the game ends after two minutes. If the time remaining in the period then, the team gets a 30-second break before they can get back on the track and line up a new jammer. If the period has expired, and a jam is underway, the game continues.

A skater is allowed to block an opponent in order to impede their movement on the track. This also forced them out of bounds. The blocker must, however, be standing upright, and skate in a counterclockwise way in bounds, and within the engagement zone. Blocking with your hands, head, elbows, or feet is prohibited and any contact that is above the shoulders or in the mid-thigh, or blocking an opposing team member from behind is also prohibited.

Referees can penalize the players for a variety of violations. When you receive a penalty, you are removed from play and have to sit in the penalty box for at least 30 seconds of jamming time. If the jam ends during the interval, the player shall remain in the penalty box during any subsequent jams until the interval period ends. The penalized player’s team then ends up playing shorthanded.

The power jam is a play that is derived from hockey’s power play and it does not cover the short-handed situation. This happens only when a jammer is penalized. In this case, the team then cannot score. If the lead jammer is penalized, no one can end the jam prematurely, and the teams must wait for the time in the period to expire.

How To Be A Roller Derby Connoiseur

Roller Derby is a fun sport that is greatly underrated. The above points give you the basics of the sport. There are many more rules and types of play involved in this sport. Most importantly, standard sports may not e for everyone, but Roller Derby has the thrills and chills to make it fun to both watch and to play. Don’t forget the kneepads! 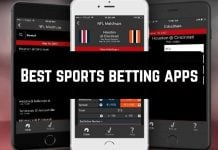 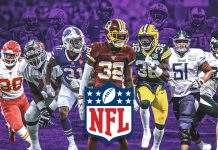 NFL Picks against the Spread: Everything You Need to Know 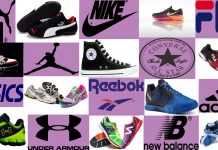 How to Play Fantasy Football

What Was The Evolution of Women’s Wrestling