When life comes to a silent pause, sports are among the few things that keep people sane. And basketball, being one of the most loved sports in the world, has a huge fan base. But COVID-19 has now brought even the basketball fans on their knees.

The National Basket Association (NBA) has been unable to conclude the season’s playoffs. This has further increased uncertainty surrounding this year’s top basketball players. The schedule for the NBA draft featuring top players for new selections hangs in the air.

But fans can still feed their curiosity by checking out the NBA mock drafts that project top picks. Mock drafts predict the expected positions of all participating players in the NBA draft. Here are some latest updates from the mock draft published in mid-May.

What is an NBA Mock Draft?

NBA mock drafts are practice fantasy sports drafts that happen before an NBA draft. It is an event used for the selection of players to NBA teams.

In a draft, the worst-performing teams in last season get to pick top players first, for a fair chance. NBA mock drafts attempt to project the top picks for all 30 NBA teams. The draft is formulated based on annual reports, videos, and general NBA trends.

Checking the mock drafts gives an estimate of which player is going where and a feel of the player’s value. Though mock drafts are not the final positions of players and teams in the league, they come close.

In fact, the average draft position or ADP derived from various mock drafts is considered very precise to the actual positions declared after the lottery.

New Developments in the Draft

Due to the ongoing pandemic, public health and precautionary measures have taken precedence over sports events. The 2020 NBA draft class has skipped more than two months of practice till mid-May.

Exactly how the draft concludes is unclear as of now, but many teams have already started taking virtual interviews based on top prospects.

But the ‘NBA draft combine’ along with workouts are under high uncertainty as of now. The top 4 picks are yet to be selected as the lottery has been postponed, while no decision has been taken on NBA playoffs.

The season can’t officially be over before the commissioner Adam Silver announces.

There is a very low possibility that in-person interviews or workouts will be allowed in the coming months.

Some enthusiasts also predict that gathering medicals will become even more difficult given the ongoing situation. Team managers will still keep the focus on deciding who to scout in the NBA draft 2020.

Teams like Golden State, Cavaliers, and Hawks have similar odds of making it to a top-four pick.

As per the nbadraft.net, the latest mock draft updated on May 15 gives the no. 1 slot to Anthony Edwards. He finished his freshman year with 19.1 points average and 2.8 assists. His major strengths include advanced shot creation, streak scoring and distance shot-creation.

Dayton lad Oby Toppins, with a brilliant average of 23.4 points and 3.0 assists is second. LaMello Ball and James Wiseman land in the third and fourth positions, respectively.

There are speculations that Wiseman has room for improvement due to his core physical strength. Other top players to keep an eye on are Avdija from Israel, Tyrese Haliburton and Killian Hayes.

Which Teams are Top Draft Pickers?

Golden State Warriors stand first in several mock drafts and are likely to scout Edwards to strengthen their base. Cleveland is projected to be the second picker, and the team may root for Toppins. There are identical chances of Atlanta, Detroit, and Chicago to make it to the top 4.

NBA fandom is restless and raging as the future of the 2020 season is still quite foggy. Mock drafts provide some relief from all the built-up anticipation among basketball buffs.

But fans still have to wait and watch, as the actual positions may completely turn the tables for many teams and players. 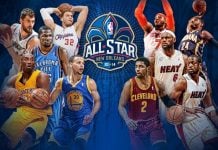 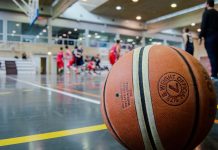