Are you the adventurous type that wants to take the adventure a notch higher into the climbing world? Well, you can try rock climbing. However, it is dangerous therefore you don’t wake up one day and you start rock climbing when you want and feel like it.

You first undergo training in the indoor rock climbing gym to learn the basic climbing skills before you can eventually take on the outside gym. When you are ready, then you will work with an experienced climber or gym staff to climb. You need basic attire and equipment to take to the rock climbing gym.

Learn about what you need to take to the rock climbing gym below in the article.

What is a Rock Climbing Gym?

Rock climbing gym is when climbers use an artificially constructed wall with grips for the feet and hands to climb. This climbing wall is usually used for indoor climbing but sometimes will be used in the outdoors.

A climbing wall is made of wooden or brick constructions but the modern one the materials used is often thick multiplex board and holes are drilled into it. Rock climbing requires various equipment. Find them below.

A Belay device is meant to improve belay safety by allowing the belayer to manage their climbing duties with minimal effort. They act as a friction brake so that in case a climber falls with a slack in the rope, the fall will be halted.

These can be borrowed from the rock climbing gym too. A harness is a system that connects the rope to the climber. It usually has two loops at the front that ties the climber to the rope at the working end using a figure eight knot.

The most commonly used climbing harnesses are preconstructed and are worn around the hips and pelvis although there are other types. There are different types of harnesses depending on the type of climbing.

A sling or runner is a climbing equipment consisting of a sewn or tied loop of webbing that can be wrapped around rock sections or tied to other pieces of equipment or directly to a tensioned line using a prusik knot. Usually a sling is used to reduce rope drag while climbing the rope or equalization.

Rappel devices are friction brakes that are designed for descending ropes. As much as some climbers use belay devices as descenders, some descenders are not practical for belaying because it is too difficult to feed rope through them.

Also, some may not provide sufficient friction to hold a hard fall. Some of the common descenders are rescue eight, figure eight, rappel rack, etc.

Ascenders are mechanical devices used to ascend on a rope. They are sometimes called Jumars, a name they got after a popular band. They work just like friction knots but require less effort to use them.  It employs a cam that allows devices to slide freely in one direction but tightly hold the grip of the rope when pulled in the opposite direction.

To avoid a jumar from coming off the rope accidentally, a locking carabiner is used. The jumar gets attached to the climber’s harness using a piece of sling or webbing. Then the jumar is clipped onto the rope and locked. Normally, two ascenders are used to climb a fixed rope.

These are sometimes called pro or rock protection. They provide the means through which temporary anchor points on the rock. Protection devices are categorized as passive (like nuts) and active (eg spring-loaded camming device).

Active protection changes a pull on the device into an outward pressure on the rock that sets the device more firmly. On the other hand, a passive protection acts as a choke when pulled and constrictions in the rock to prevent it from pulling out. Protection type varies according to the nature of rock.

Climbers require various training items during specific climbing training. For instance, hangboards are used to improve contact strength for climbers. A hangboard develops the forearm muscles together with pulleys and tendons of the fingers.

Grip savers, on the other hand, grip savers can be used to develop the antagonist muscles or those used while gripping with the hand. This prevents ligament injuries common in climbers.

Climbing clothing has changed with changing times. For instance early climbers were climbing barefoot, tight and bright colored clothing often made from spandex.

Today, the trend is to wear loose-fitting clothes, trousers tailored with additional features like diamond crotch and articulated knee joints to restrict movement. Other clothing includes a helmet, climbing shoes and belay gloves among others.

There are various equipment you need to take to the rock climbing gym. Most of them are borrowed from the gym while others are personal. Rock climbing is a dangerous venture and therefore need prior training and proper equipment. 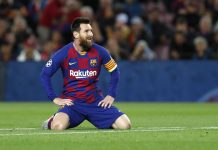 This Is a Normal Day in the Life of Messi