Bocce ball, also known as boccie or bocci, is an ancient game that is believed to have its beginnings in 5200 B.C. Egypt. The more modern version of the sport is credited to Italy, which is why it is called bocce, which means ball in Italian. The mass influx of Italian immigrants into the U.S. in the 19th and 20th centuries brought the sport to North America as well.

Today, bocce is played for fun as well as competitively in leagues around the world. It can be played on level ground, fine gravel or on a grass lawn that has been deeply mowed to create a bocce court. The game can be played with two people, one against the other, or with two teams that can have up to four players each.

The two teams must have even numbers so you can have a team of either two or four. Having even numbers on the teams that everyone gets the same number of turns on the bocce court. This is a great summer game that you can play with kids and family. Or you can get serious about it and join a league in your city. If you’ve heard of the game and wanted to learn how to play it, here is your opportunity to get in the know.

How To Play Bocce

A bocce court is usually 90 by 13 ft., but when playing a friendly game the numbers don’t have to be so strict, just ensure that one side is a lot longer than the other – like a lane at your bowling alley. A small ball will work great during the game. The court is usually divided into different areas using five lines. The lines are drawn at 4 x 10 ft. on either side of the court. You can draw using dirt or sand, or use objects to mark the divisions.

A bocce set will include eight large balls in two main colors for each team. You will also have a small ball called the pallino. The object of the game is to get your large ball as close to the pallino as possible. Everyone will toss their balls from a line on one side of the court and the bocce balls must stay inside the court.

How To Throw The Bocce Ball

Throwing is also known as bowling. A bocce ball can be thrown in many different ways, but the simple bocce technique requires you to maximize your chances of throwing a great shot. The bocce ball can best be thrown underhanded. This enables the thrower to blend in their power and control. It is recommended that you throw the ball partially in the air, rather than roll it on the ground. A few good techniques involve high, low, and soft lobs. Players should try to use all of these methods so they can see which one shall work the best for them.

One of the most popular ways of gripping the bocce ball is using your palms, just under your fingertips, and resting it in front of the ball. Also, you can grip the bocce ball from above too. This can be done with your palms which are placed above the ball, and your wrists should be flicked forward for an easy point of release.

You should aim the ball just in front of where you want it to rest. For low angled throws, always aim further in front of the target point to account for the momentum. The high arcs usually do not roll very far, so aim close to the desired point of rest.

How To Score In Bocce

Scoring takes place whenever a frame is scored and all the balls have been tossed. The winner of a frame is the team whose ball is nearest to the pallino. Once you determine the winner, the team that wins scores a point for each ball that is nearest the pallino. The winning team always scores one point and have a maximum of four points per game. Frames are usually played until a time when one team can reach the pre-determined score.

How To Win In Bocce

How To Play Bocce Conclusion

Most people do not know much about this game, but it is one of the most fun games to play with friends and family. You can enjoy the outdoors and get a little exercise too. Bocce may seem complicated for a beginner, but the more you play, the easier it will be for you to understand. Also, we’re sure that if you read all the tips above, you’re going to be able to not only play bocce but become a winner at it too. 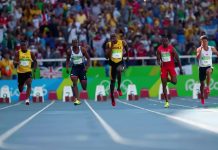