People want to know what football players are paid, but the salaries of pro football coaches are just as mind-blowing. The salaries of players in the NFL are a matter of public record. It is very easy to search on sites such as Over the Cap and Spotrac and find out just how much your favorite player makes each year. But, what about the masterminds behind these incredible games? The people responsible for the athletes to do their best on the fields?

The coaches may not earn as much as their top players players, but they do make a pretty buck. What you will notice when it comes to coaches is they are mostly paired with quarterback salaries, some are better than others. Of course those pro football coaches who have held their posts for a long time due to their successes do even better.

Super great coaches are often poached from teams where they have already shown their ability to get wins. These coaches can make more than others on the team line. Our editors have gotten investigative to see what the best pro football coaches are making and have created an awesome list of the best-paid NFL coaches today.

Bill Belichick took over a struggling franchise in the year 2000. He has compiled one of the best records in the league with a 214-74 and a 0.743% winning percentage for the New England Patriots. He led the Pats during their eight Super Bowl Appearances, and in that time, they won five of them. ESPN estimates that he gets a salary of anywhere between $10 million to $12.5 million a year. He, however, will never be caught talking about this at any time, because he has a no-nonsense, terse attitude of say-nothing-unless-it’s-completely-and-absolutely-necessary approach to his life.

Bill Belichick is more than worth the money he is paid, and they usually say that “Whatever Bill Belichick wants, just pay him, and pay him upfront.” This is because he is ranked at no.1. As the all-time best coach. Throughout his 18-year career, he has won 15 division titles and 5 Super Bowls.

The Oakland Raiders recently made a very splashy hire, when the owner Mark Davis managed to lure Jon Gruden with the longest tenure as head coach, and a historical contract of $100 million over a 10-year deal. Clearly, they wanted him bad.

Davis is looking to recreate the success they had from 1998 – 2001, when Gruden was the head coach and the Oakland Raiders had a 38-26 winning streak. He has been working as a broadcaster for a couple of years, and in this time, he was able to see the big-picture behind the game and gained a new perspective in coaching.

It’s a little hard to justify whether or not he is worth the $10 million a year deal because he has been away from coaching for close to 10 years, but his return to the grind is filled with passion and expanded knowledge of the game.

Salary: At least $9 million a year

The Happy-go-lucky Seattle Seahawks coach has plenty to smile about after banking at least $9 million. This is his second stint as head coach for an NFL team. His second time around as head coach has been exemplary, with a back to back 7-9 seasons for the Seattle Seahawks, where they have either finished their games in the first or second position and they even won the Super Bowl XLVIII. Under him, the Seahawks have at least won one game they have entered.

The salary of Sean Payton of $9 million a year, is the dividing line between the very well-paid coaches and the big-time coaches in the ranks. He earns an excellent figure for a very good reason. The New Orleans Saints had only 7 winning seasons before him, and after him, they have four NFC south titles, a Super Bowl Championship and six campaigns that are above the 0.500. The saints really did not have a winning pedigree before his arrival. He changed the outlook of the franchise and with his quarterback Drew Brees, they are destined for greatness.

Ron Rivera found success in the face of great pressure. He had a rocky start in his Carolina Panthers tenure, but, he managed to lead his team to the Super Bowl 50, where he almost finished the season perfectly and even won the coach of the year. He has so far guided his team to three seasons of great wins in the last seven years. He has also won three consecutive NFC South titles since 2013.

Coaches really deserve the big bucks as they are the brains behind the wins. Without a coach to give strategic pointers, the team would likely have a hard time getting all their ducks in order. The above five coaches may make major bucks, but you better believe they’ve spent thousands of hours to get themselves to that position while also helping dozens of their pro football players. 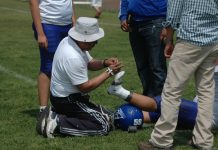 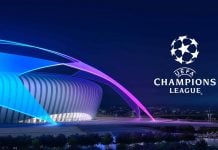 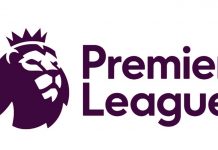