Just like any other sports, The National Football League players are prone to a number of injuries given the way the game is played. NFL is considered one of the rough and physically demanding games which predispose the players to various injuries.

Some of the commonest NFL injuries include knee injuries, head injuries, upper leg injuries, ankle and shoulder injuries. They are the main reasons why sometimes you don’t get to see your favorite player in the pitch.

Also, depending on the severity of the injury, some players can miss a number of forthcoming games while others end their career completely. We have compiled a list of the most common NFL injuries in the article below. Keep reading.

As much as there is a misconception that the most common sports injuries are head concussions, it is actually knee injuries. In 2014, knee injuries accounted for more than 20% of all the total NFL injuries. Players at all levels are prone to knee injuries since there are many moving parts in the knee susceptible to being torn and strained.

A typical ACL tear is that which happened to Adrian Peterson, a Vikings player who managed to bounce back. However, an ACL tear might mean the end of one’s career depending on the severity. Treatment includes surgery and physical therapy.

A NFL player can succumb to a minor pull and get back to the grid iron within the shortest time possible. But some sprains like the high ankle sprain can put a player off the game for an entire season depending on their age, severity and ability to recover.

Below the waist injuries qualify to be number three among the commonest NFL injuries. It is said these injuries accounted for about 12% of 2014 NFL injuries. Out of all the upper leg injuries, hamstring tears were the commonest which led to over 100 of them documented in 2014.

They usually happen if a player pushes his leg to run faster when he isn’t properly warmed. That’s why warm ups are essential before a game commences to avoid such injuries. The second common upper leg injuries are wounds affecting the quadriceps and the thigh.

Moving on above the waist, shoulder injuries accounted for about 9% of the total NFL injuries in 2014. The commonest injuries affecting the shoulders are dislocated shoulders and AC (acromioclavicular) joints. These range in severity but in most cases, may not end someone’s career.

Surprisingly, head injuries in the 2014 NFL season accounted for about 7% of the total NFL injuries. This explains why many players wear protective gear for their heads. But even then, numbers for players that suffer head injuries would be more if there were no head gear.

It is said in the 2014 season, there were 111 concussion cases registered. As much as this number is lower compared to the previous year, it’s still high and a cause for attention.

Brain concussions are a cause for concern because they take weeks to months to recover. In case a player gets a brain trauma or concussion, as much as he may recover, the effects of the trauma last long. These effects include memory loss, mood disorders and personality disorders among others.

Given the nature of NFL game, players are prone to injuries. The National Football League is one of the physically demanding and rough games that will have players colliding and running as fast as possible to the goal post.

All these predispose players to various injuries, the most frequent being knee injuries, followed by ankle injuries, then upper leg, shoulder and lastly head injuries. 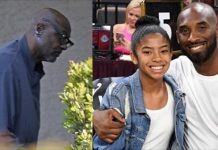 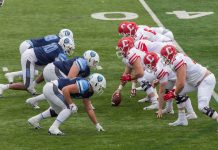 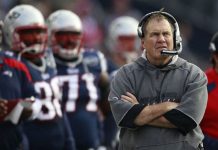 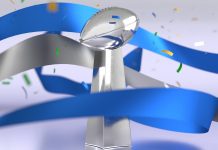