Talking about boxing is quite nostalgic for most people. They may think about the greatest – Muhammad Ali, or the most controversial – Mike Tyson. Boxing is personal to most people, and everyone definitely has a most favorite boxer of all time.

Currently, people have been obsessed with Floyd Mayweather Jr. and Manny Pacquiao, and have been following them religiously. But a couple of years ago, they were unheard of. We suspect that in ten years or so, we shall be obsessed with another group of great boxers.

But, if we are going to take a trip down memory lane, we have to talk about the following list of the top 5 greatest boxers ever. Read below to see who made the cut!

Yes, we cannot start a list of top 5 greatest boxers and not put Muhammad Ali at the top of the list. Ali is hailed by many as the best boxer of all time. He even nicknamed himself “The Greatest.” It was a name that stuck.

When it comes to political and cultural influence, you cannot overtake Ali. He participated in everything and completely immersed himself in different issues affecting mankind. His record of greatness was once affected by a four-year break in his career, which was caused by the fact that he refused to fight in the Vietnam War.

His comeback, however, was simply great and impressive. He reclaimed his heavyweight championship twice and continued preaching peace after these wins. In fact, in 2005, he received the Presidential Medal of Freedom, which is the highest civilian honor.

Ali was not just one of the best heavyweights of all time, but he was also the most colorful. He won a gold medal in the 1960 Olympics and he then went on to finish his career with a record of 56-5 with 37 KOs.

The most memorable Muhammad Ali fights were the following.

If you love Boxing, you must remember these fights.

Sugar Ray was nicknamed the “the king, the master, my idol,” by the master himself – Muhammad Ali. This is why he is in our top 5.

Robinson is the reason behind “pound for pound,” a ranking used when describing a boxer whose skills in the ring put him over other fighters in the world during the weight division. He was the welterweight champion for 5 years consecutively from 1946 – 1951. He also won five middleweight championships from 1951 – 1960. He is simply a boxing legend.

Robinson was actually an amateur when he started with only 69 victories. He turned his professional luck in 1940 at 19 years old and went on to get a record of 128-1-2 with 84 knockouts by 1951, which cemented his greatness.

He retired from boxing in 1952, but made a comeback for two and a half years, in which time he regained the middleweight championship title. This was in 1955.

Rocky Marciano is probably the only heavyweight champion in the history of boxing. He retired with an undefeated record. This is the only reason why he has beaten other big names to feature in our top 5 greatest boxers of all time.

Marciano finished with a 49-0 record with 43 knockouts. This is quite a record.

“Marciano was a crude stylist and his ferocious right-hand punches thrown from a solid platform that was provided by his extra powerful legs.” – This is was written by a reporter from The Guardian, and it was actually proven to be true.

When you hear the name Evander Holyfield, you may not immediately think of him as one of the top 5 greatest boxers, but this was the person whose ear was bitten off by Mike Tyson.

If you are from a specific age group or you love boxing, you must have watched in shock as Mike Tyson bit off his ear in 1997. This was, in fact, the strangest and most shocking thing to happen in boxing. It led to Mike Tyson’s suspension from boxing. But away from all that controversy, Evander Holyfield was a great boxer, and Mike Tyson even called him the greatest opponent he has ever faced.

Holyfield is known as “The Real Deal,” and he won the BWAA fighter of the year in 1996 and 1997 consecutively. He is also the only boxer in history to win in two weight classes – the heavyweight as well as the cruiserweight.

No greatest boxers list is complete without Mike Tyson. Not only was he historic, but also the most controversial and most famous fighter of all time.

Most people do not even understand just how great he was, because his life has been surrounded by too many controversies, including a rape conviction, for which he served three years in prison.

Mike Tyson was a great boxer and won the heavyweight championship in his first 37 fights. He was the most feted boxer of all time, and many people remember his fights with nostalgia.

This is definitely not a complete list, and most people may have an issue with it, since there are lots of other big names that have not appeared such as Julio Cesar Chavez, Oscar De La Hoya, Archie Moore, Roberto Duran, Juan Manuel Marquez, etc.

Obviously, there have been very many great boxers, and a top 5 list doesn’t do them justice. However, these boxers were our top 5 greatest boxers of all time.

We shall live to remember “The Greatest.” – Muhammad Ali. 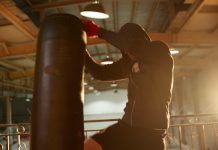 Boxing Scene: The Best Place for All Boxing News and Updates 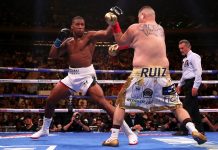