The UFC 241 was a blockbuster night for all Mixed Martial Art (MMA) and Nate Diaz Fans. This night had rightfully made a lot of buzz across the MMA world about how Nate Diaz was returning to action after three long years.

Nate Diaz took a hiatus from MMA after his defeat by Conor McGregor at UFC 202 and didn’t even complete his second year in UFC. Diaz chose to move away from the MMA limelight while he was at the pinnacle of its popularity in 2016.

The journey from UFC 202 to UFC 241 was not a cakewalk as Diaz was also fighting the UFC machinery and trying to make a blockbuster comeback. Diaz finally made his comeback against former lightweight champion Anthony Pettis in 2019.

After losing to Conor McGregor, Nate didn’t want to move backward in terms of success. He wanted to make a comeback in full force at the right time. In an interview given to ESPN’s Brett Okamoto, Nate’s longtime friend, and the trainer said that after the defeat and the long-going politics at UFC, Diaz had just lost the urge to fight.

There were talks about Nate making comeback fights against many UFC champions, but that never materialized. On one such fight, Nate Diaz was set to fight, Dustin Poirier, at UFC 230. However, Poirier eventually pulled out from the event due to a hip injury, which pushed Diaz’s return further until UFC 241.

Nate Diaz is not a typical fighter and wasn’t going to bow down by his loss to Conor. He was only going to push the warrior in him and continued to train hard even when he wasn’t scheduled to fight anyone. Diaz decided to compete in a Triathlon when he was not honing his MMA fighting skills.

He chose to stand alone and prove how good a fighter he is by not giving up and constantly working on his defense and attack moves. When the UFC 241 match was announced, no one was sure of what to expect from his match-up against former lightweight champion Anthony Pettis, but it was sure to be a treat for the eye.

Few questions were raised against Daiz’s fighting approach. It’s said that it would give him an upper hand in the match against Pettis. Plus, Nate is known to be a skilled grappler with a strong submission game, but he was also well known not to use his skill set until Nate’s opponent gives in. This stylistic approach doesn’t always get Nate the winning point but achieves in elevating it to an entertaining fight.

Once the fight started, Diaz struggled a bit during the first round. But, Nate then turned the table by securing a takedown. Critics and fans did question his tactics, but he quickly made it clear that he was superior in his grappling techniques. Diaz slowly and steadily inched closer and forced Pettis to fight in closer.

Pettis’ kicks did momentarily land on Nate, which forced him to drop on the mat. But when the match moved to the ground, Diaz did excel in landing ground strikes, which earned him points and respect. In the second round, things went downhill for Diaz’s opponent.

Diaz landed a leg kick that did injure Pettis’s ankle, which in return compromised Pettis’s fighting stamina. Diaz just took advantage of the situation and took the match all away from Pettis.

In the third round, Diaz almost stopped by pummeling Pettis with knees against the cage. Pettis did put up a fight against Diaz in UFC 241, but it was of no use. By the time, the fight trickled down to its last minutes, Diaz had secured his winning position. Officially, Nate won the match unanimously where two judges voted in favor of him.

The final stats revealed that Diaz had landed 114 of his 201 attempted significant strikes. He had popped his opponent in the head 94 times, landing 16 body blows, and four-leg strikes. Stats also showed that Diaz was actively attacking in the second round, where he landed about 54 out of 100 strikes. However, he was most effective in the final round, where he landed about 64% of his attempted attacks.

In return, Pettis landed only 69 of 133 attempted significant strikes, with just 54 of those landing on Diaz’s head. Pettis did not attempt any takedowns, but then he did score a submission attempt and two reversals.

The win gave Diaz his first victory since Conor McGregor defeated him in March 2016. This win only boosted Nate Diaz’s confidence, and he called up for a matchup with Jorge Masvidal after UFC 241. 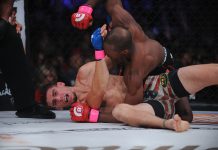 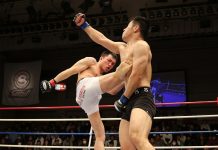 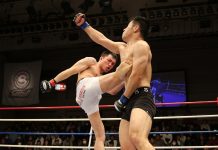 How to Watch MMA on Your Smartphone